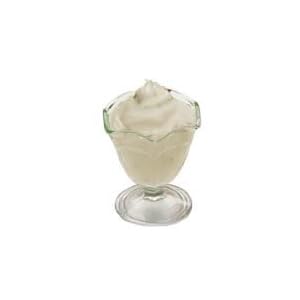 Tomorrow, July 15, is Tapioca Pudding Day – in addition to being National Ice Cream Day! Just like ice cream, tapioca pudding is a cool, enjoyable treat for a hot summer day. When I was a little girl, one of my favorite desserts was the homemade tapioca pudding that my grandmother made. She served it in fancy sherbet glasses, and it was fun to eat the creamy pudding with its soft tiny “pearls.” I never knew what those little pearl-like balls were until later, when I learned that tapioca is the starch from the root of a cassava plant and this starch is what gives tapioca pudding its unique texture.

As the story goes, in 1894 a Boston housewife named Susan Stavers was taking in boarders. Among them was an ailing sailor who had brought back some cassava roots from his journeys. Hoping to soothe the sailor, Stavers made a sweet and delicious tapioca pudding from the roots. To create a smoother consistency, she put the tapioca through a coffee grinder. Susan received rave reviews from the boarders, and news of her dessert spread. John Whitman, a newspaper publisher, bought the rights to Susan’s process and the MINUTE® Tapioca Company was born. It became part of the General Foods family in 1926 and part of Kraft Foods, Inc. in 1989.

Tapioca pudding doesn’t seem to be as popular these days as it once was, but for a nostalgic comfort food it’s not really hard to make except that it requires careful attention to stirring while the tapioca cooks. You can find tapioca in the baking aisle at the grocery store. The only brand I ever see is the original MINUTE Tapioca in an 8-ounce red, white, and blue box. Click here for recipes. NOTE:  The pudding may look too watery when warm, but the texture thickens as it cools. Plan on at least an hour to cool before serving; thoroughly chilled is even better.

Cassava is a hardy plant – it can remain in the ground for up to two years, is capable of growing on marginal soils, and needs relatively little water to survive. Nigeria is the world’s largest producer of cassava. Cassava is the third-most important food source in tropical countries, and subsistence farmers in Sub-Saharan Africa rely on cassava as their main source of calories. But unprocessed cassava roots and leaves contain potentially toxic levels of a cyanogen called linamarin. Cassava must be cooked thoroughly to detoxify it before being eaten. Improper preparation of cassava can leave enough residual cyanide to cause acute cyanide poisoning. A small number of people – those with a latex rubber allergy – may also be allergic to the cassava plant and should consider opting for a different dessert. See a botanical drawing of a cassava root at http://www.biology-resources.com/drawing-plant-tropical-14.html and read more about cassava at http://www.afpm.cn/cassava.htm