After a nine-year journey, NASA’s New Horizons spacecraft finally achieved its goal of coming within 7,800 miles of Pluto’s surface. The close-up images of the dwarf planet and its largest moon, Charon, were transmitted across more than 3 billion miles to Earth, offering a detailed look at the most distant world ever encountered by a spacecraft.

INTERACTIVE: The Journey to Pluto 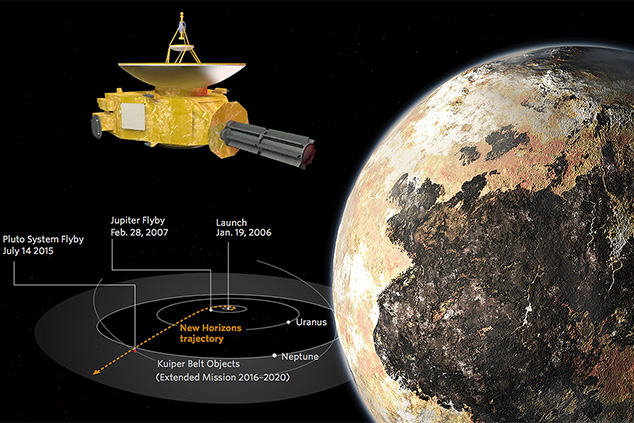 A Field Guide to the Solar System

Just for fun, here is a Flash animation that my son made about everyone’s favorite Kuiper Belt object, the “dwarf planet” Pluto, as seen from the viewpoint of Pluto’s moon, Charon.