Beyond the Mask Movie on DVD & Blu-Ray 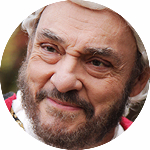 “I welcome homeschoolers. I find them keen and enthusiastic, with a moral code and impressive integrity. I really liked working with them—and they made a jolly good romp of a film.” –John Rhys-Davies

Beyond the Mask stars Andrew Cheney, Kara Killmer, and John Rhys-Davies (Lord Of The Rings). Beyond The Mask is a thrilling action-adventure, a heart-touching romance, and a redemptive tale of forgiveness, all wrapped into one swashbuckling movie that has the look and feel of an epic Hollywood blockbuster.

Thanks to the homeschool community’s support of Beyond The Mask

. The movie is also viewable on Amazon Instant Video

. (If you buy the DVD or Blu-ray, you will get an hour of additional bonus features on each disk.) The DVD and Blu-ray will also be available at Christian book stores across the country.

While Beyond The Mask was produced by a Christian homeschooling family, it doesn’t hit you over the head with an overly preachy message. The Burns family are well-trained professionals in their field as evidenced by the acting and production quality of Beyond The Mask. The cinematography is top-notch, the story is exciting, the period costumes and sets are realistic, and the special effects are spectacular, for a truly immersive experience.

The movie’s plot revolves around the British East India Trading Company and the signing of the Declaration of Independence in America. I thought Alan Madlane did a great job portraying the character of Ben Franklin. Watch Beyond The Mask on your next family movie night, or plug it into your history curriculum!

P.S. Autographed merchandise and a behind-the-scenes book is available exclusively at burnsfamilystudios.com.