It’s the 112th anniversary of the world’s first successful heavier-than-air powered flight by Orville and Wilbur Wright! The test flights of the “Wright Flyer” took place at Kill Devil Hills, about four miles south of Kitty Hawk, North Carolina, on the windy morning of December 17, 1903. 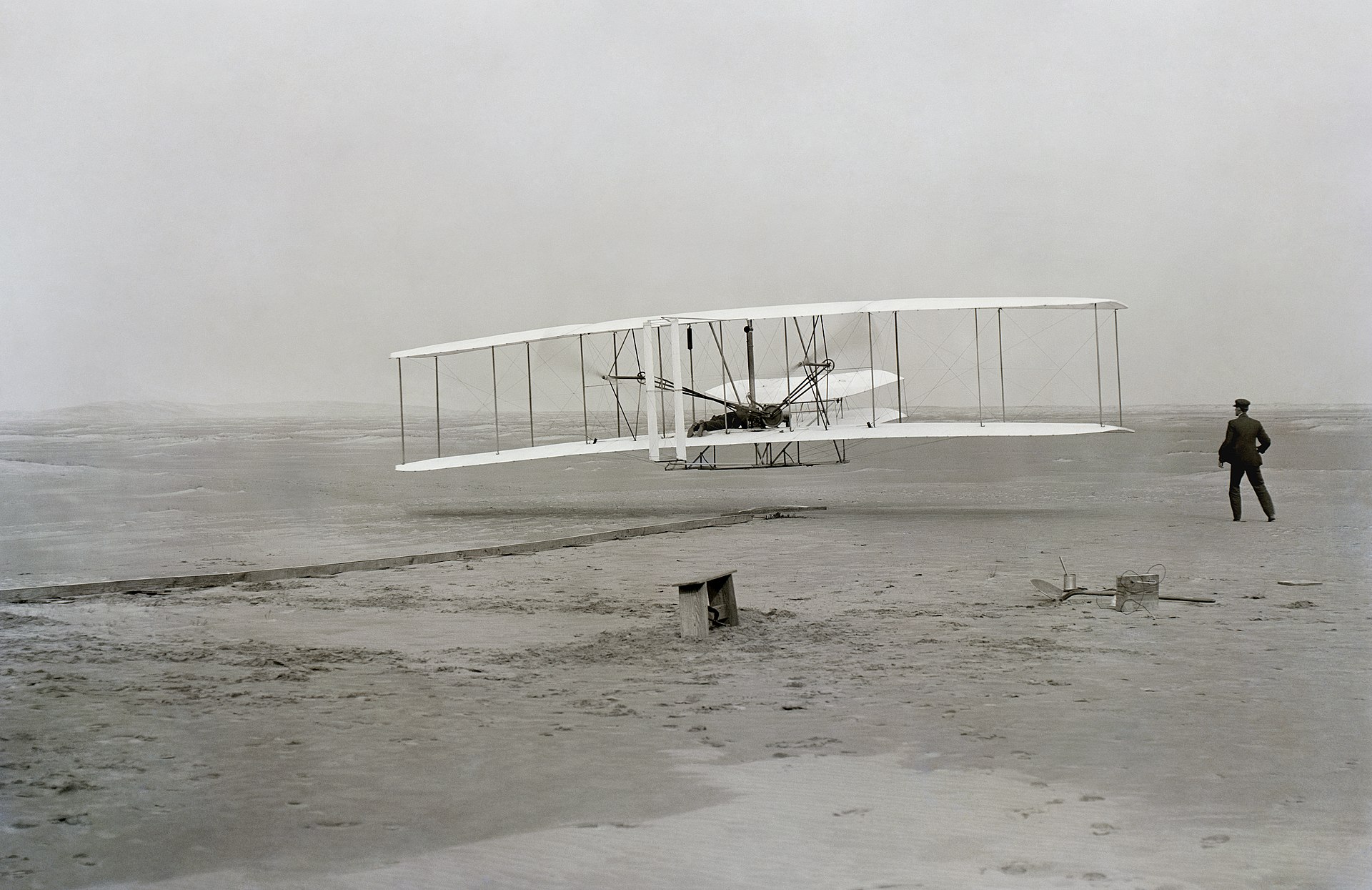 The brothers enlisted John T. Daniels, a member of the Kill Devil Hills Life-Saving Station, to document the historic moment on their camera. This famous photo of the first flight, which was taken on a 5-by-7-inch glass-plate negative, was selected for the North Carolina quarter in the 50 State Quarters program.

When the brothers were ready to test their experimental flying machine, they decided by coin toss who would have first crack at piloting the craft and who would remain on the ground. The photo shows Orville at the controls and Wilbur to the right of the airplane.

The two inventors got the “Wright Flyer” off the ground four times. Wilbur piloted the longest flight of the day, lasting 59 seconds over a distance of 852 feet. After the fourth flight, the airplane was caught by a powerful gust of wind, flipped over, and destroyed.

Read about the Wright brothers’ first flight, as covered by Popular Science –
www.popsci.com/wright-brothers-first-flight-as-covered-by-popular-science

See a brief biography of the Wright brothers – www.famoushomeschoolers.net/bio_wrightbros.html

Learn more about the history of flight – www.knowledgehouse.info/njfk/flight.html

View an interactive website on the Wright brothers and flight – www.wright-brothers.org